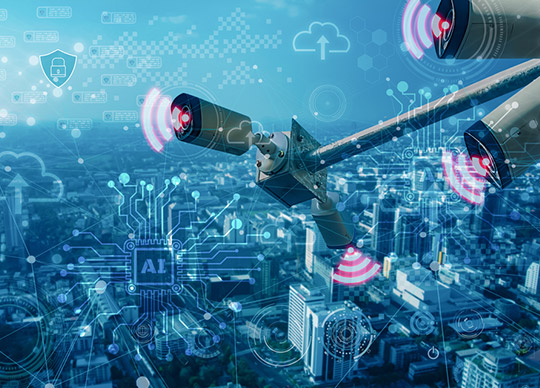 The rapid ascendancy of technology, coupled with a rising urbanization rate, has made governments around the world accelerate their plans to build smart cities that are safe, sustainable and prosperous. In Australia, the government has outlined a Smart Cities Plan to achieve this goal. The plan features Smart Technology as a core pillar, underlining its commitment to leveraging disruptive technologies to improve sustainability and drive innovation in the Australian cities of the future.

5G-based Internet-of-Things (IoT) solutions are a fundamental aspect of smart cities. This is especially pertinent for the enhancement of video surveillance cameras, which are already a fixture in modern cities. Over the next two years, they will be the largest market for 5G IoT solutions worldwide as the enhanced mobile broadband capabilities of 5G networks support higher image resolution and faster transmission speed. This greatly expands the capacity of these cameras to contribute to critical areas such as security, city planning, industrial automation and more.

Unlocking the potential of video through 5G

Current iterations of the standard closed-circuit television (CCTV) camera are usually dependent on cable or fiber-based networks, which means they can only be deployed in limited numbers at fixed locations.

5G mobile networks eliminate these limitations as they enable CCTVs to operate wirelessly and can support multiple cameras operating at once. This facilitates the creation of wireless multi-camera networks and gives rise to new implementations, such as having cameras attached to human bodies, vehicles, and drones to record footage and transmit data.

Transmitting high-resolution video in real time generates a high amount of data traffic, which is multiplied manifold when more cameras are introduced. This is a challenge for the previous generations of networks, but 5G’s drastically increased bandwidth capacity enables network slicing to create channels exclusively for CCTV needs, ensuring high-quality results at the lowest possible latencies.

While CCTVs are best known for being used in a security context, 5G effectively transforms them into ‘multi-purpose sensors’ because the high quality of the video feed enables more accurate data analysis. The capacity for simultaneous real-time feedback also makes CCTVs valuable sources of information for other systems, such as traffic controls, as they can instantly execute certain actions or processes based on recommendations derived from the transmitted data.

As an example, the City of Darwin installed an additional 138 CCTVs with smart analytics in the city center as part of the ‘Switching on Darwin’ project in 2018 to understand pedestrian flow and traffic statistics for better city planning. Meanwhile, under the AU$50 million Smart Cities and Suburbs Program, Kapunda – one of Australia’s oldest mining towns – launched the Smart Tourist Town project to increase the city’s liveability and tourism potential. CCTVs were installed around the Town Square and video analytics and movement tracking were used to provide quantifiable data and concrete evidence of how the space was being utilized.

The increasing commodification of data and its huge potential for exploitation means people are more guarded over how their data is captured and stored, as well as what they are consenting to it being used for. There is a growing desire for greater data privacy, but less data freedom may limit the effectiveness of many modern security controls, which rely on large and detailed information databases to identify threats and authenticate access.

Video analytics at the edge may be a solution to navigate the dichotomy between security and privacy. For instance, the Australian city of Liverpool was used as a test bed for a sensor that could track objects of interest in a live video feed but would only transmit relevant indicators and metadata. Since no live images were sent and the local database was emptied at intervals, the device was compliant with privacy standards but still enabled data gathering for citywide traffic monitoring in real time.

This experiment suggests that the combination of smart CCTVs and video analytics at the edge could be a powerful combination for addressing privacy concerns without jeopardizing the benefits of data-driven planning. This is made possible because aggregating, processing and analyzing video streams locally on 5G edge clouds do not produce a centralized storage of video data. Thus, 5G infrastructure is an important enabler of this solution as it supports a distributed cloud architecture, in which edge computing is an essential element.

Surveillance, 5G and the future

Cities all over Australia are demonstrating a progressively greater commitment to tackle the economic and societal challenges of urbanization by investing in future technologies and digital infrastructure. Smart, wireless CCTV networks are an integral part of many of these initiatives as they can provide real-time, high-resolution video feeds for rapid yet effective contextual actions – and this is made possible by 5G.

The full potential of video surveillance in the future lies within the convergence of 5G technology and the sophistication of cameras and video analytics. CCTV systems are already being trained to prevent terror attacks by identifying people carrying weapons in real time, as well as being paired with air quality and noise sensors to evaluate the impact of traffic on air quality and noise pollution. Together, 5G and video surveillance can create smarter, safer and better cities for Australians as we enter a digital future.