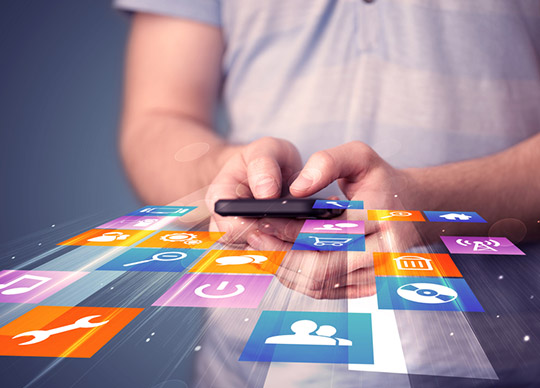 It’s reported that on average close to 4000 new apps are released every single day, some do exceptionally well and many unfortunately fail with 80% not making it past the first year.

As of the first quarter of 2021 there were 3,482,452 apps on Google Play and 2,226,823 on Apple App Store – that’s a lot of fitness trackers, addictive games and photo editors! It’s no surprise that the likes of Facebook, Instagram and TikTok come in as the most downloaded.

It feels like there is an app for literally everything, some more bizarre than others. Take Carr Matey for example, it’s a pirate themed app that helps you locate your lost car using a compass. There’s Wakie, the app that wakes you up with a phone call from a stranger. Perhaps the strangest one we’ve seen is the app called Nothing and it does exactly what it says on the box, zero, zilch, nothing. Simply a black screen and that’s all. What’s stranger is the app was downloaded over a million times and has a 4.5-star rating on Google Play. Weird.

With so many apps being released it’s nice to know that some are making a positive impact on society. Take Shouta for example, the nano gifting app that lets you brighten up someone’s day in a matter of seconds.

We sat down with Shouta Co-founder and CEO Carly Shamgar to talk about the app and the changing attitudes towards gifting. You can check the conversation out here.