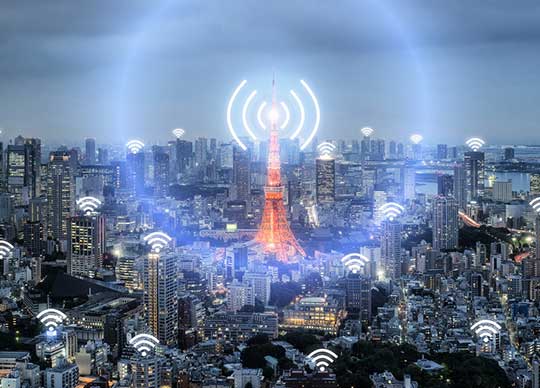 Japan’s technological prowess in areas such as 5G and robotics will see the country achieve its vision of a supersmart ‘Society 5.0’ by the end of this decade (2030), according to GlobalData.

“Japan is the world’s vanguard society in terms of dealing with an aging population. The low birth rate and significant old-age population have forced Japan to excel technologically which can be reflected in its robotics prowess. Countries such as China will also face similar challenges in the future and will do well to learn from Japan” said Sam Holt, Thematic Analyst at GlobalData.

“By the late 1980s, when it was widely expected to become the leading global economic superpower, Japan had become rich before it became old. This was just as well as during the 1990s it suffered a traumatic decline and fall. Today, it is a stagnant economy with a dramatically aging population” Michael Orme, Consultant Analyst at GlobalData. “Japan’s strength in and cultural acceptance of robots will be front and center story over the coming decade. It will deploy them across the board outside the factory as carers, companions, nurses, hospital assistants, and other uses will continue to emerge.”

While the country lacks a western start-up culture, new technologies needed for ‘Society 5.0’ are in development. For example, Toyota, known to most as a vehicle manufacturer, is a smart cities leader with its ‘Woven City’ project. Critical for Japan’s ‘Society 5.0’ vision, smart cities is a growing theme. GlobalData forecasts that the smart cities industry is expected to reach US$623bn in 2024 from US$482bn in 2020.

Mr. Holt continues, “GlobalData finds that the old keiretsu conglomerates still dominate the technology sector in Japan, as evidenced by the number of patents granted to them. Yet, this does not mean the industry cannot be agile. Toyota’s US$1bn ‘Woven City’ will be a world leader in the smart city theme, with sensor-laden streets and pathways. It will eventually host over 3,000 people and have hydrogen power at its heart, a technology in which Toyota excels.”