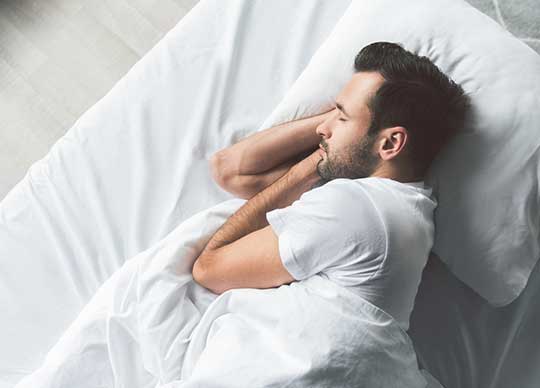 Past neuroscience studies have consistently showed that sleep plays an important role in memory consolidation. For instance, some neuroimaging research showed that the brain regions that are activated while humans are encoding waking experiences can later be reactivated during sleep, particularly during non-rapid eye movement (NREM) sleep.

Researchers at University of Geneva in Switzerland have recently carried out a study aimed at investigating the ways in which the brain selects memories that will be reprocessed during sleep. Their findings, presented in a paper published in Nature Communications, suggest that the brain tends to prioritize the consolidation of memories or life experiences with high motivational relevance, namely those associated with rewards.

“From an evolutionary perspective, individuals must retain information that promotes survival, such as avoiding dangers, finding food, or obtaining praise or money,” the researchers wrote in their paper. “Here, we test whether neural representations of rewarded (compared to non-rewarded) events have priority for reactivation during sleep.”

The researchers carried out their experiments on 26 healthy participants. The participants were asked to play two games. The first, dubbed the face game, was specifically designed to activate brain network specialised in the processing of face information. The second, dubbed the maze game, is a game that activates brain regions involved in spatial navigation.

In the face game, participants had to identify a specific face based on a series of cues that were provided to them. In the maze game, they were asked to find the exit of a maze, using some guiding arrows.

Using functional MRI and brain decoding techniques, Virginie Sterpenich and her colleagues at University of Geneva showed that specific patterns of brain activity observed in the participants while they were awake spontaneously re-emerged during slow-wave sleep. Interestingly, these patterns were those that are known to be associated with receiving a reward for positive behaviour.

“Critically, we report a privileged reactivation of neural patterns previously associated with a rewarded task (i.e., winning at a complex game),” the researchers explained in their paper. “Moreover, during sleep, activity in task-related brain regions correlates with better subsequent memory performance.”

Sterpenich and her colleagues unveiled a neural mechanism that prioritizes the consolidation of rewarded life experiences during sleep. In addition to enhancing the current understanding of sleep and its function, their findings could have important implications for the study of memory consolidation during slow-wave sleep.