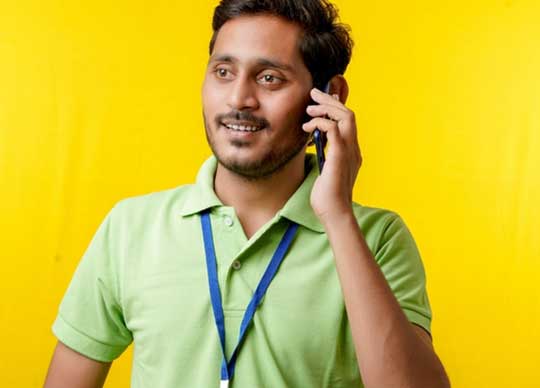 Smartphone shipments in India fell 5% year on year in Q3 2021 to 47.5 million units as vendors struggled with supply issues for low-end models.

But Q3 2020 makes for a tough year-on-year compare, due to pent-up demand last year.

Shipments in Q3 2021 were 47% higher than in Q2 2021, as consumer demand bounced back rapidly thanks to the suppression of India’s COVID-19 wave.

Xiaomi maintained its lead, shipping 11.2 million units for a 24% share. 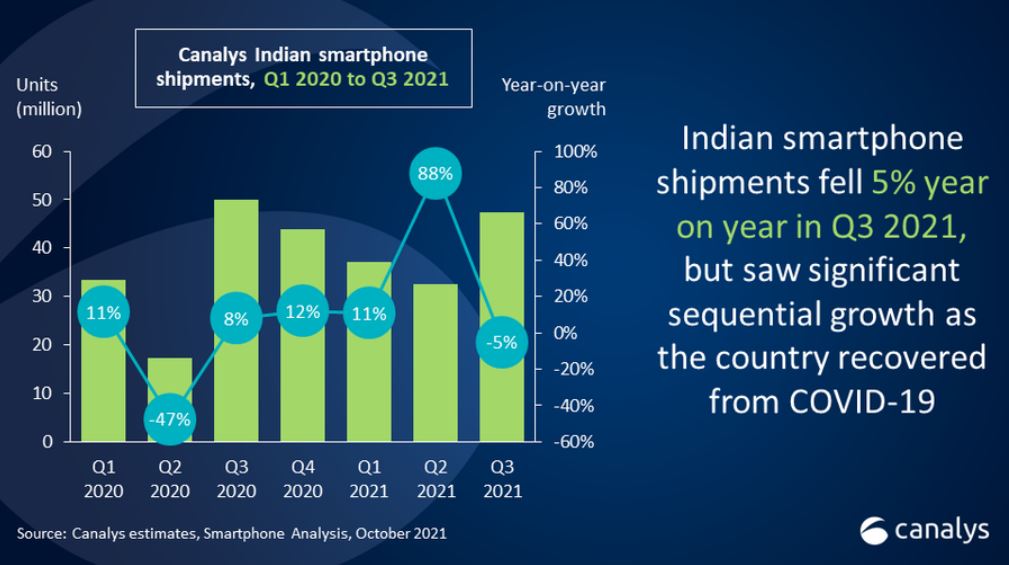 “Vaccine roll-out has been colossal for the Indian economy,” said Canalys Analyst Sanyam Chaurasia. “From the end of June, a surge in demand has swept India, which is set to persist during the festive season. Smartphone vendors have seized the opportunity to push the older stock into the channel ahead of the holiday period. But low-end model supply constraints mean shipments have been restricted, and brands have been forced to use promotions to make their high-end models more appealing. These challenges will persist into Q4, and high component and logistics costs, together with container shortages will result in longer lead times and higher retail prices. But smartphone brands are striving to minimize the impact on Indian customers and will prioritize online channels where possible to provide a margin buffer that may allow for less price disruption.”

“The fight for market share intensifies further in India,” said Canalys Research Analyst Jash Shah. “Smartphone vendors are using a range of strategies, from extending their product mix to boosting their channel coverage, to increase shipments and value. Xiaomi, for example, used its Mi 11 series to raise its share in the premium segment, despite a slight drop in share overall. Apple, its main competitor for high-end share, used promotional deals to inject momentum into iPhone 12 sales ahead of its iPhone 13 launch in September. But Realme is taking a different tack, hoping to undermine high-end vendors with its focus on affordable 5G. Its shipments were 70% online, and it shipped around 1 million of its Realme 8 5G. Competition is unlikely to let up anytime soon, as challenger brands such as Transsion attempt to scale up and disrupt incumbents in India.” 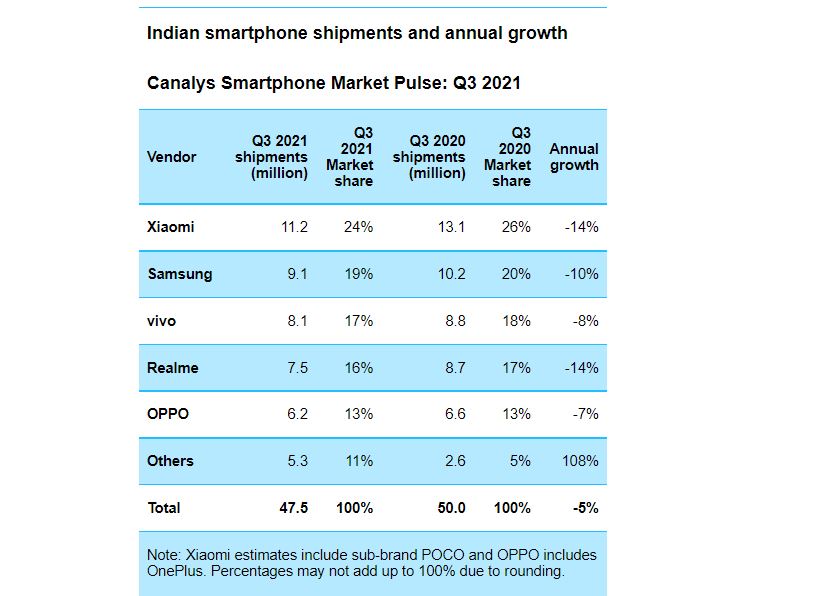