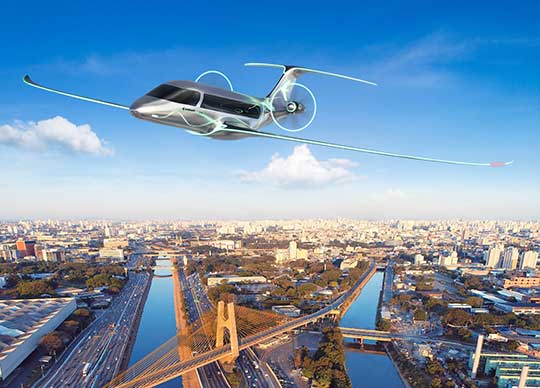 Embraer has announced a family of concept aircraft that it is exploring to help the industry achieve its goal of net zero carbon emissions by 2050. The details of the Energia family, the latest in the company’s Sustainability in Action initiative, were broadcast live via YouTube from Embraer’s manufacturing facility in São José dos Campos.

The company has partnered with an international consortium of engineering universities, aeronautical research institutes, and small and medium-sized enterprises to better understand energy harvesting, storage, thermal management and their applications for sustainable aircraft propulsion.

Each aircraft is being evaluated for its technical and subsequent commercial viability.

Luis Carlos Affonso, Embraer’s Sr. VP of Engineering, Technology and Corporate Strategy, explained the rationale for the Energia family. “We see our role as a developer of novel technologies to help the industry achieve its sustainability targets. There’s no easy or single solution in getting to net zero. New technologies and their supporting infrastructure will come online over time. We’re working right now to refine the first airplane concepts, the ones that can start reducing emissions sooner rather than later. Small aircraft are ideal on which to test and prove new propulsion technologies so that they can be scaled up to larger aircraft. That’s why our Energia family is such an important platform.”

Arjan Meijer, President and CEO of Embraer Commercial Aviation, commented on the company´s strategy regarding sustainability “We will see a big transformation in our industry towards a more sustainable aviation. With 50 years’ experience in developing, certifying and supporting regional aircraft, Embraer is in a unique position to make viable the introduction of new disruptive green technologies.”

Although the Energia airplanes are still on the drawing board, Embraer has already made advances in reducing emissions from its aircraft. It has tested drop-in sustainable aviation fuel (SAF), mixes of sugarcane and camelina plant-derived fuel and fossil fuel, on its family of E-Jets. The company is targeting to have all Embraer aircraft SAF-compatible by 2030. Last August, Embraer flew its Electric Demonstrator, a single-engine EMB-203 Ipanema, 100% powered by electricity. A hydrogen fuel cell demonstrator is planned for 2025 and the company’s eVTOL, a fully electric, zero-emissions vertical takeoff and landing vehicle, is being developed to enter service in 2026. 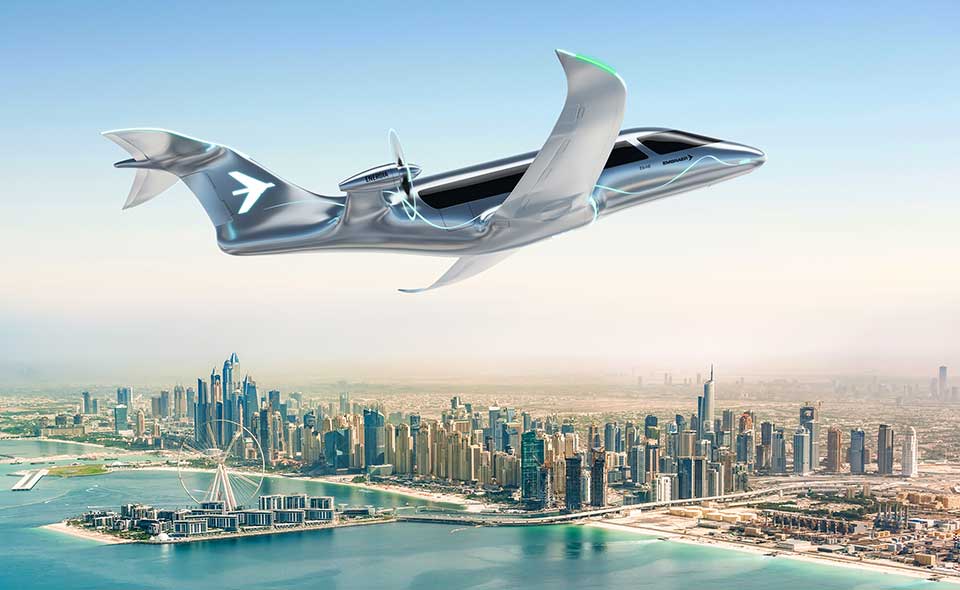