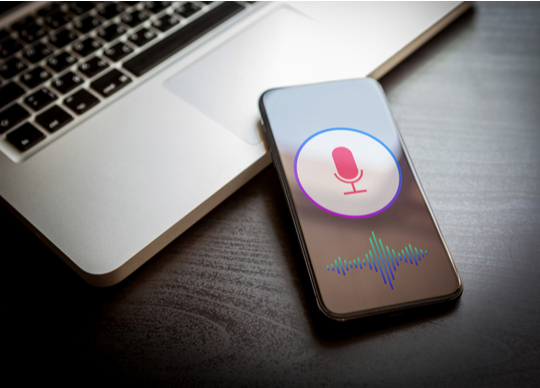 India’s smart personal audio market grew 62% in Q3 2021, with 16.6 million units shipped, pushing its worldwide market share to 14%. Overall, the global smart personal audio market declined by 1.2% to reach 118.8 million units, according to the latest Canalys estimates. Markets in Western Europe and North America fell 21% and 15% respectively, mainly due to Apple’s shipment slump as consumers waited for the next generation of AirPods.

The TWS (True Wireless Stereo) segment was the main driver in India, growing 92% to reach 7.3 million units. “India has reached a new milestone as the country solidified its position as the third largest TWS market with a market share of 10%,” said Canalys Research Analyst Ashweej Aithal. “The strong performance is thanks to local brands, such as boAt, Noise and Boult, as well as smartphone players, such as Realme, rapidly growing their TWS shipments.” 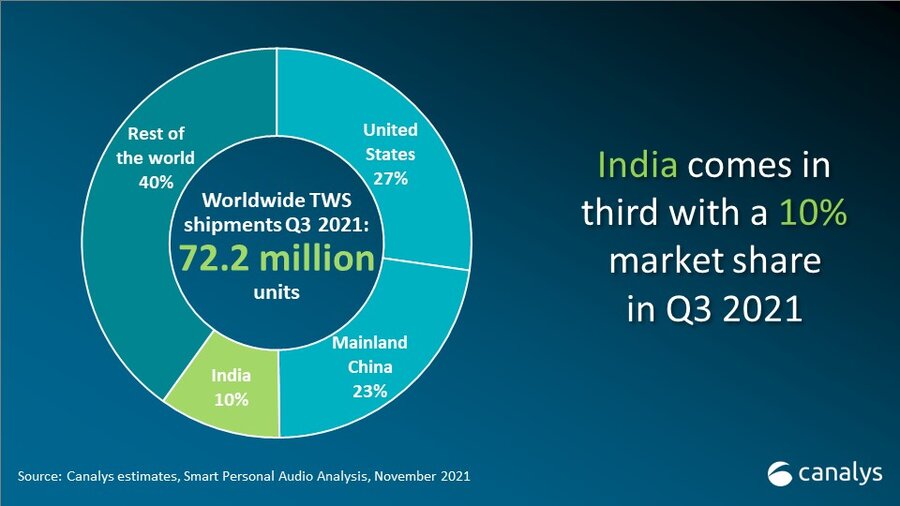 Globally, the TWS category barely grew, up by just 1.3% to reach 72.2 million units. This was insufficient to offset the decline of wireless headphones and wireless earphones, which decreased by 4.7% and 4.9%, respectively.

Apple maintained its leading global position in TWS, shipping 17.8 million units, but its shipments declined by nearly a third compared with a year ago, due to a significant drop in demand as consumers waited for the third-generation devices.

Samsung, backed by a strong performance from the debut of the Galaxy Buds2, and the latest additions from JBL’s TWS entry-level lineup, regained second place. Xiaomi, which has yet to scale up its affordable Redmi lineup after pivoting its focus to higher-value devices, moved to third place. India’s local king, boAt, broke into the top five for the first time, shipping 2.8 million units. Edifier was close behind with 2.7 million units. 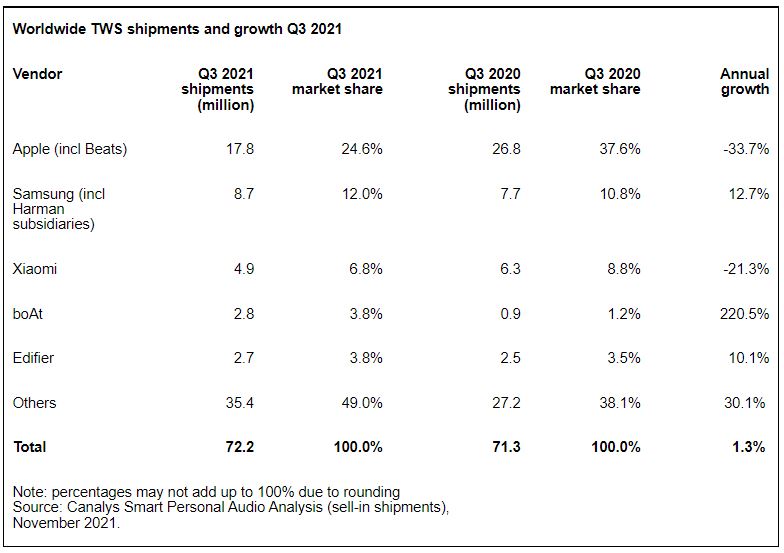 Entry-level TWS devices have come a long way, improving in many aspects and increasing their appeal. “There is no turning back, and Canalys forecasts that TWS growth will accelerate. We expect the next quarter to be the turning point where the TWS category overtakes wireless earphones in shipment numbers in India and other markets. The challenge is to ensure robust supply, given the supply chain bottlenecks and the push to manufacture locally,” added Aithal.

Competition continues to heat up as vendors try to capture the rising TWS demand. “Audio players, such as Jabra, Sony and JBL, are now taking an increasingly aggressive stance by peppering TWS models across a range of price points,” said Canalys Research Analyst Sherry Jin. “These players are pressured to lower the average selling price of their TWS devices to make themselves competitive in the market. Together with the release of the third generation AirPods, the global TWS market is expected to return to robust growth in Q4 in time for the holiday season.”