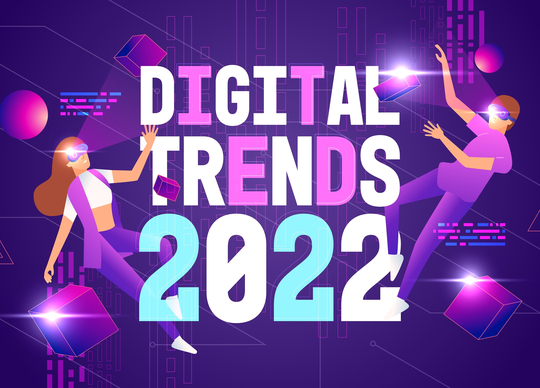 By Guy Matthews, Editor of NetReporter.

Many organisations have spent the last couple of years battling to adapt and survive in uncertain times. With 2022 underway, the emphasis is shifting to recovery, growth and investment in the kind of transformational technology that will underpin a bold, secure and prosperous future. So what will be the hottest trends of the next 12 months? Where will tech take us?

Scott Raynovich, Founder & Principal Analyst with Futuriom believes that many of the most significant developments will be around cloud: “As everybody knows, there’s a lot of exciting stuff going on with cloud technology,” he enthuses. “I expect multi cloud and hybrid to continue to gain momentum this year. There were some quite large cloud failures in the second half of 2021, so people will look at diversifying their cloud providers so they have a backup plan. We’re going to see a lot happening at the edge, and with 5G deployment, as well as the placing of real time intelligence closer to the user. Everybody’s talking about digital transformation, and for many people that means implementing nimble, agile applications which can be delivered with the cloud.”

Too many organisations, he says, are using networks that weren’t originally built to handle multiple clouds: “We’re going to see more emerging solutions in multi cloud networking as well as network as a service,” he adds. “Cybersecurity is also always evolving and getting smarter, trying to keep up with the bad guys. Now we’re seeing unified cloud security models which embed intelligence into the applications themselves so we can make sure the people talking to the applications are the right people, or things.”

Raynovich also looks forward to an emerging area he calls confidential cloud: “How do you create a secure enclave on the cloud side to protect not just data at rest and data in motion, but data in use with hardware security? There are also horizontal technologies such as AI which enable many different applications.” 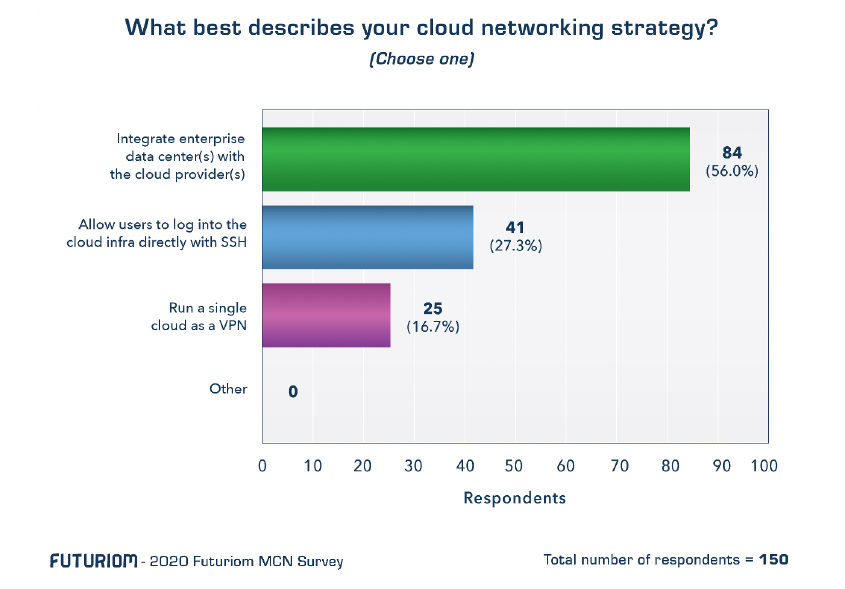 Raynovich also foresees further movement towards open solutions and open networking, trends that are in strong demand with the end users he talks to. He’s additionally picking up a strong desire from end users to integrate their enterprise data centers with cloud provider networks. 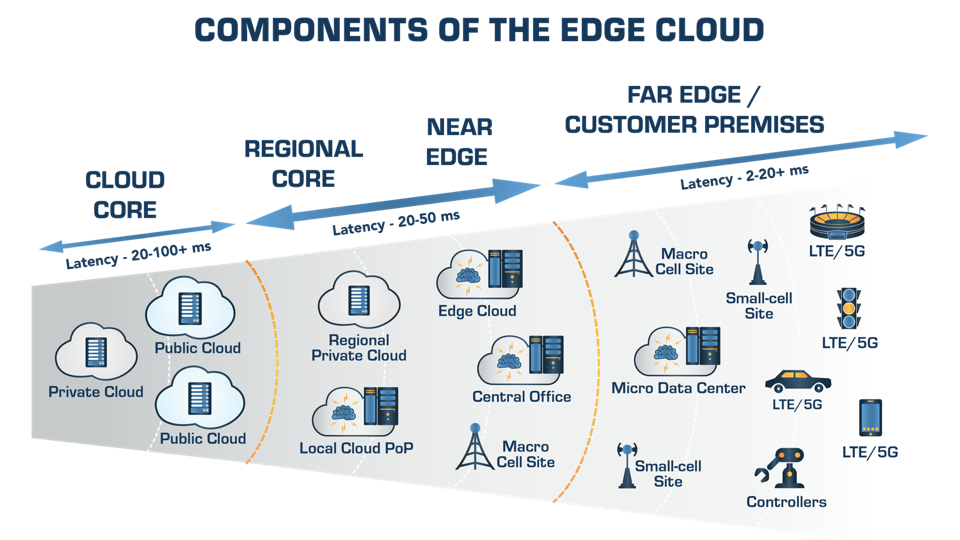 “Another area we’re watching is innovation in AI at the edge,” he continues. “AI is a horizontal technology, but it’s especially important at the edge because part of the edge is about bringing processing power closer to the customer, whether that’s automated factories, or self-driving cars or retail and business analytics. New infrastructure is going to create all sorts of opportunities of the edge, especially the far edge.”

To understand more about what is happening at the edge and with trends in AI, cyber protection and multi cloud networking, Raynovich talks to a number of experts from around the technology ecosystem.

Shekar Ayyar is Chairman and CEO with Arrcus, he notes key developments in the cloud world: “The giant hyper scale clouds are starting to get fragmented and distributed out,” he observes. “We’re also starting to see the 5G environment bang heads with the compute clouds. You’re going to have different compute resources coming together and being made accessible through APIs for applications. And thirdly, transport networks which have historically been monolithic in their outlook, are now getting disaggregated, fragmented and distributed. If you put these three pieces together, this defines what the universe looks like for our hybrid multi cloud existence. The old world of single siloed architectures is out.”

Galeal Zino, Founder & CEO of NetFoundry broadly agrees with this vision: “As these monolithic applications break down into containers, microservices and lambda functions, you have to do the same thing to the network,” he believes. “This means you have an opportunity to orchestrate secure networking the way you orchestrate software. And that’s really exciting.”

Solving challenges in areas like security, visibility, observability of apps and micro services are among today’s most pressing CIO issues, says Chris Wolf, Chief Research & Innovation Officer of VMware: “The network plays a key part here,” he claims. “We are making significant investments also around distributed edge technologies, and in moving the network and compute platforms near to the consumer of the applications. Agility around this space is going to be important as we start to move forward. We’re already seeing good examples of that today.”

On the issue of cloud security, Ayal Yogev, CEO and Co-Founder of Anjuna Security, notes that cloud service providers are sometimes better security experts than enterprises: “Cloud is essentially somebody else managing your infrastructure, and by definition if somebody is managing your infrastructure then they have access to all of your data,” he observes. “This is a huge problem for many organizations. We need a shared responsibility model, where the customer is in charge and responsible for securing their data, but the cloud service provider has to share that responsibility.”

But many organisations, especially banks, don’t care for this model: “They’re saying it’s our data, we’re regulated, the public clouds are not regulated, and we don’t want them to have any access to our data,” adds Yogev. “I think 2021 was a year of huge change where the cloud providers added concepts like confidential computing, which is essentially privacy in the cloud, the ability to completely isolate access from the infrastructure, from access to the data. That now allows clouds to go to their customers and tell them we don’t have any access to your data on top of our infrastructure, which in turn allows customers to move more sensitive workloads to the cloud.”

Hiro Rio Maeda is Managing Partner with DNX Ventures, and he sees new security-related challenges on the horizon: “You have to build a DevSecOps practice fast, but you need to build it secure,” he believes. “This is very difficult because where once security was something that was managed by a security team, now the budget and responsibility is shifting to the line of business that is building the application. That’s a big shift change and lots of automation tools are being invented to support that.”

“The world won’t be secure unless we can move networking and security into the heart of the development delivery lifecycle,” agrees Zino of NetFoundry. “That’s a really important difference compared to the world of 10 or 20 years ago where networking security could be put around the periphery on Day Two. The security of the future will be baked in rather than bolted on. We’re talking about security as code.”

When it comes to developments at the edge, many people, points out Wolf of VMware, are wondering why things are moving so slowly, given all the talk over the years: “Why hasn’t there been more modernizing at the edge? What it boils down to in many cases is availability of apps and services that create business value. It’s also cost. We’re seeing traction start to pick up now. We announced Project Santa Cruz at VMworld in October, which will combine an SD-WAN appliance with modern applications such as containers and cloud services. Now you’re saving an organization costs and giving them a way to modernize. It’s this type of simplicity that organizations want.”

Ayyar of Arrcus wants more talk about what’s happening at the 5G edge, particularly in the field of retail: “It’s clear that there is a transformation happening in the retail industry in terms of how distributed computing and artificial intelligence are going to weigh in with networks and with the omni channel experience. If you think about the connectivity fabric from service providers, it’s about bringing compute and connectivity down to the level of smaller form factors at the edge and making that a useful construct for enterprises to consume.”

Zino of NetFoundry sees the edge as an important new paradigm that is at best a work in progress: “If you look at innovation generally, you need a new frontier,” he concludes. “On the other hand, you also need an environment where you can iterate and experiment and therefore you need a certain simplicity. I’m not sure we’re there yet for edge, and I’m not sure that mainstream developers are ready to tinker at the edge. The cost and complexity issues aren’t quite there. But I think we’ve made tremendous progress. Maybe this is the year that we start to make enough progress so that the developers can iterate and we get the killer apps. There’s an inflection point I’m looking at where, as a developer, the edge is simple enough and cheap enough so that I can experiment and innovate.”