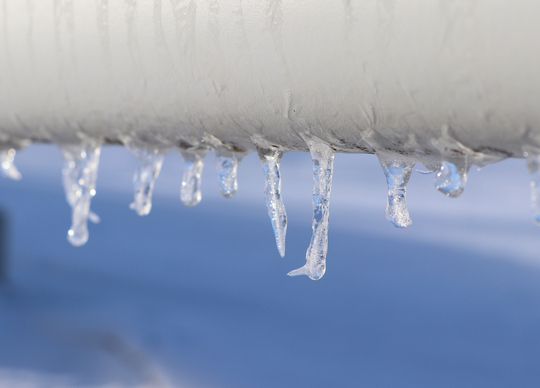 Ping has announced the launch of a revolutionary Ice Detection System, poised to help wind turbine operators conserve energy and save money.

When implementing wind energy in cold climates, atmospheric icing on blades is an important issue due to its negative impact on energy production. In severe cases, 30% of energy is lost in a year. Ping’s Ice Detection System monitors the acoustics from the wind turbine blades to detect early icing, reduce risks and prevent damages.

Wind turbines in cold climate regions are affected by severe icing that damages the blades and is considered a safety hazard. There are 10,000’s wind turbines around the world that don’t have sensitive ice detection systems. This means that icing events cause the turbine to be shut down for longer periods and subject to a dangerous ice load resulting in revenue and energy shortages. To meet this challenge, Ping’s team developed a new approach to continuous blade monitoring using sound.

“We discovered that wind turbine blades have an acoustic signature — if there is ice build-up on the blades then the acoustic signature changes which can be heard by our Ping Monitor,” said Matthew Stead, CEO and Co-founder from Ping. “We developed the ‘Ping Monitor’, a world-first device that continuously monitors the sound of wind turbine blades to detect and notify any damage in real-time, using advanced acoustic analysis.”

The Ping Monitor is self-contained using solar power, easy to install and simple to operate. It is attached magnetically to the turbine tower base in less than one minute and once installed,  immediately starts measuring the sound generated by the blades as they rotate. Data is simultaneously transmitted to the cloud which can be reviewed and analysed in near real-time from any device remotely by wind turbine operators.

Ping’s Ice Detection System is a software upgrade to the standard Ping system which continuously monitors blade damage, significantly reducing maintenance costs by 25 to 30% over the life of the turbine, minimising catastrophic blade failures which can cost up to $10 million, and improving overall wind turbine performance.

“Climate change is no longer a distant theoretical concern. It has become increasingly immediate and personal. From the recent floods to the historic La Niña event in Australia this summer, climate change has begun to assert itself in people’s lives in unmistakable and painful ways. It has become a real issue very quickly,” said Michael Bromley, CEO of Stone & Chalk Group. “Climate tech is rearing its head as a way to address this immediate need and at Stone & Chalk, we are dedicated to fostering companies like Ping on their mission to create impact for good.”

Ping was established four years ago with the purpose of supporting wind turbine farms by reducing global wastage from poor maintenance practices, and working towards a future with clean energy. Its newest innovation, the Ice Detection System, builds on this mission as Ping continues to find innovative ways to conserve energy and improve wind turbine performance.

Even though there are different ice-detection solutions in the market, Ping has developed a less costly, more effective, and sensitive system with self-monitoring capabilities, providing additional rotor icing detection time compared to traditional methods.

Today, Ping has 600 installations of Ping Monitors on wind turbines in 15 countries. These monitors have given operators the confidence to operate wind turbines with less downtime and maintenance costs, increasing with time the number of wind turbines that are being monitored by the Ping device.