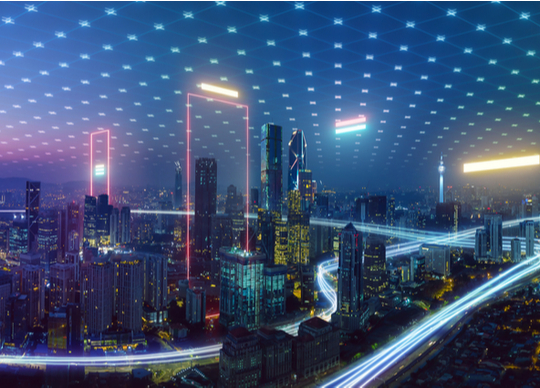 The city is back, and arguably never left, during the pandemic-induced hibernation and the lockdown of urban livelihoods and lifestyles. Cities are globally recognized as the engines of economic growth and the centers of social activity, and business leaders share a very positive view on the increasingly important role of cities for generating successful businesses. Cities will be increasingly more significant in 2030 as concentrated pools of labor, skills, new talent, and knowledge, according to key findings from the University of Oxford-Protiviti survey: Executive Outlook on Cities and Strategy, 2030.

The desirability of particular cities over the next decade will increasingly be built on their essential attributes: 61% of global business leaders emphasize the growing benefits of city size, significance, and prestige. This viewpoint favoring larger, established cities is shared by 51% of North American respondents, 64% of European executives and 78% of business leaders in Asia-Pacific. Only 11% of business leaders in North America disagree with this point of view, followed by Europe (8%), and Asia-Pacific (6%). The overwhelming evidence suggests that global business leaders are backing big, influential “first-tier” cities as the prime sites for growing their enterprises.

First-tier, larger, and highly specialized urban economies will benefit most and will increase in importance for business operations. Second-tier, smaller cities, or those without adequate urban infrastructure, will find it difficult to compete to attract businesses. Meanwhile, having access to a large local customer base and a sizeable pool of talent will become increasingly important for businesses worldwide: 58% expect the benefits arising from the diversity of customers in a city to increase by 2030; 56% recognize the growing benefits of geographically concentrated labor pools and local talent.

OPPORTUNITIES AND THREATS TO CITIES WORLDWIDE

C-suite and corporate board members find cities attractive in very different ways. In North America and Asia-Pacific, the city as a technology hub is viewed as the dominant driver, with 46% of business leaders in North America and 48% in Asia-Pacific citing this as the major factor for an urban business (re)location. Access to a good educational system is the second most significant reason for North American business leaders, while tax incentives and a pro-business climate are of equal importance in Asia-Pacific for 40% of those surveyed. For 54% of European business leaders, with proportionately fewer major urban agglomerations and top research-intensive universities, the talent pool is seen as the main driver to attract business to a city, followed by good urban infrastructure.

At the same time, C-suite and board members across the world do not consider major threats to cities in the same way. In North America, 61% are most concerned about the political climate, regulation, and taxes, whilst 43% fret about the state of infrastructure. Surprisingly, with North America having just experienced its two hottest years on record in 2016 and 2020, punctuated by a series of extreme weather calamities, only 17% of the business leaders across the continent worry about the climate change impact on the natural and built environment.

To sum up, business leaders recognize the potential global and local threats to cities and urban lifestyles, but the overall message remains that as cities thrive over the next decade, so will well-run urban-located businesses. The Oxford-Protiviti survey provided a sounding board for the views of global business leaders on the future of cities, and the importance of urban connectivity for their business operations over the next decade. The fundamentals of why cities work, how and why businesses are drawn to, compete, and flourish in cities, and what opportunities lie ahead for these urban centers have been considered across the world’s regions. The outlook for cities and the role of business in shaping our shared urban futures look positive.

Business leaders across the world have responded to say that despite earlier signs of a white-collar shift to move online, home-based work regimes, city locations matter, and will matter more by 2030. As C-suites consider post-pandemic markets and opportunities, the implications of this survey suggest that rejecting or reducing the urban roots of their businesses may have unintended consequences for commercial connectivity and competitiveness. The survey shows that the pandemic has consolidated the urban focus of business, rather than deflected attention away from big cities. Nevertheless, the survey indicated that in the midst of changing patterns of work and social interaction, business leaders are looking towards cities as their anchor for a successful, profitable future. While the fiscal implications and consequences are only now being considered by governments, business leaders are clearly seeing cities as the foundation of their recovery and growth pathways.

The survey signals that global C-suite and corporate board members share a positive outlook for cities in 2030, and express great confidence that cities will not just be the geographical midpoints of future economic growth, but the epicenters of social, cultural, and behavioral change over coming decades. By default, governments and policy-makers, urban practitioners and entrepreneurs will recognize their mutual interest in bringing back the bustle to cities, and building up the urban landscape once more for innovation, new business opportunities, and investment.

You can read the full report here.