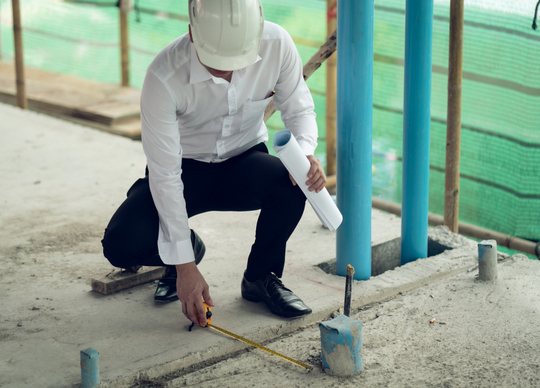 With defects costing between 4 and 12 percent of construction costs, reported at a total of $6.2 billion in 2019, it heavily impacts a project’s profitability and completion.

Chris Polin, Founder and Director of DLP Manager, worked as a construction manager for 20 years when he recognised a real problem with defects management.”

“It’s one of the most emotional, stakeholder-intensive parts of construction because it’s driven by the customer (homeowner). The traditional process, tracked on spreadsheets, involves multiple, usually unqualified people. Identifying defects in the first place involves sharing smartphone photos, uploading these against various building documentation, and ongoing communication through SMS and email.” says Polin.

“The entire process is widely considered frustrating, inefficient and very chaotic, costing everyone in the process time, resources and ultimately, it impacts the bottom line – particularly with the potential for thousands of defects over the two-year Defects Liability Period (DLP).” added Polin.

The DLP Manager platform eliminates the cost and frustration of managing construction defects by taking a proven system and automating it, creating a ‘traffic light’ system to make the process efficient while holding contractors and all other stakeholders accountable.

“By harnessing emerging technologies such as automation, the construction industry is building a new future of streamlined success and productivity, ” says Michael Bromley, CEO of Stone & Chalk Group. “The construction industry has traditionally lagged behind others in adopting innovations. DLP Manager’s technology is ushering in a new wave of construction with agility, transparency, and accuracy at the forefront.” said Polin.

The platform has the support of Frasers Property, Greenland Australia and Probuild in Australia who are two of the early adopters of the platform.

“Since implementing DLP Manager’s technology, we’ve cut our time spent on defects management by 96%, instantly freeing up our team to move onto areas of the project that are of higher value,” says John Rusak, Construction Director of Probuild. “It’s integrated seamlessly with the other systems we use. There’s no other software out there that works like DLP Manager does.”