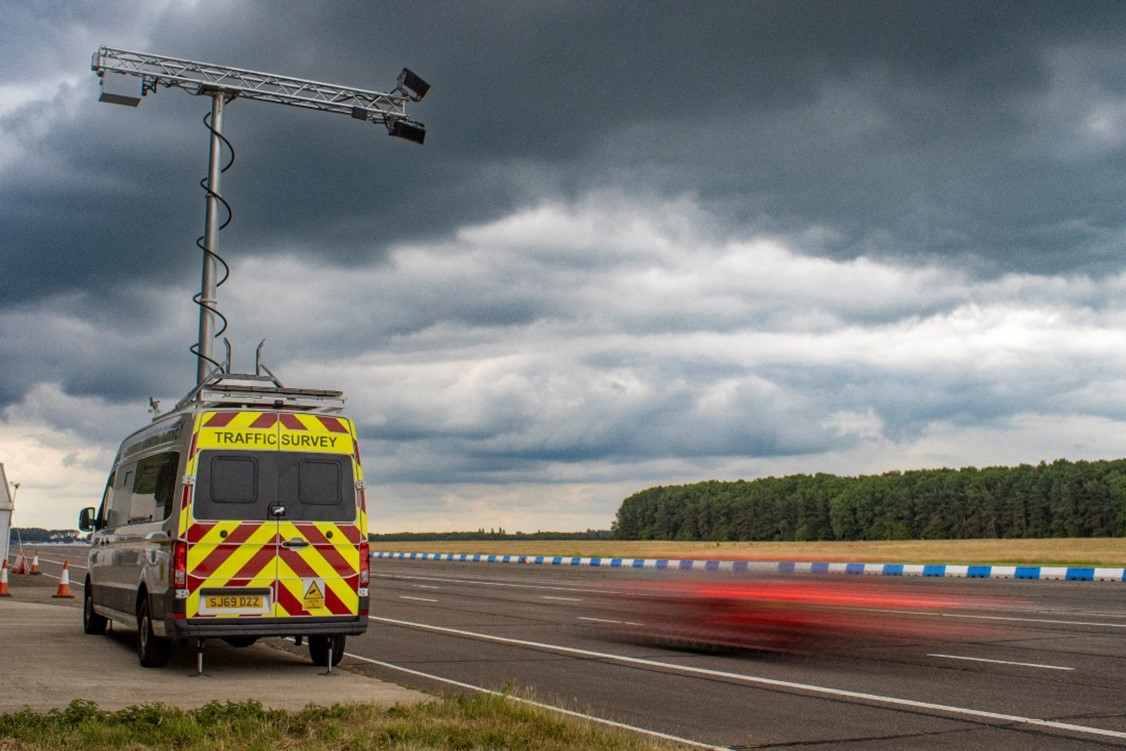 Australian-developed smart traffic technology is being rolled out across United Kingdom roads to catch dangerous drivers using their mobile phones and not wearing seatbelts.

The world-first AI-enabled software and hardware was developed by Melbourne-based Acusensus, which operates camera detection programs in New South Wales, Queensland, and Western Australia, as well as in several international jurisdictions.

In a UK first, government body National Highways has partnered with Acusensus to use its patented solution to monitor driver behaviour across motorways and major A-roads in Warwickshire.

A road-side sensor van, able to be relocated across the road network, is equipped with multiple cameras able to individually capture every passing vehicle, even at speeds of up to 300km/h (186m/h).

The AI software can instantly determine if drivers are using a hand-held device or if the driver or passenger are wearing a seatbelt.

UK government figures show there were 420 collisions on British roads in 2019 in which the driver was using a mobile phone. Separate figures show failure to wear a seatbelt has been attributed to one in four road deaths in the UK.

“Sadly, there are still drivers who do not feel the need to wear a seatbelt, become distracted by their phones or travel too close to the vehicle in front. We want to see if we can change driver behaviour and therefore improve road safety for everyone,” National Highways Head of Road Safety Jeremy Phillips said.

Acusensus’s camera software has already been deployed in NSW, coinciding with a 22 per cent drop in fatalities based on previous trends since the mobile phone detection program launched in 2019.

“Since introducing our technology in New South Wales two years ago, 121 road deaths have been avoided compared to previous trends. I am so proud to now be expanding this life-saving technology on a global scale. Distracted driver and seatbelt compliance is a universal problem with devastating impacts. Research indicates that mobile phone-related distraction is killing an estimated 100,000 people a year globally and injuring five million more,” Mr Jannink said.

“What’s been notable from the Australian experience has been the change in behaviour observed across the longer term, with improved seatbelt compliance and substantially reduced mobile phone use, even after the mobile cameras have been relocated to alternative sites,” he said.

UK offenders captured during the trial will be sent warning letters, although Warwickshire Police Inspector Jem Mountford warned drivers not to be complacent.

“During the trial the most serious breaches may be prosecuted, with others receiving warning letters, giving us the opportunity to explain how they have been caught and asking them to change their behaviour.  Next time they may not be so lucky,” Inspector Mountford said