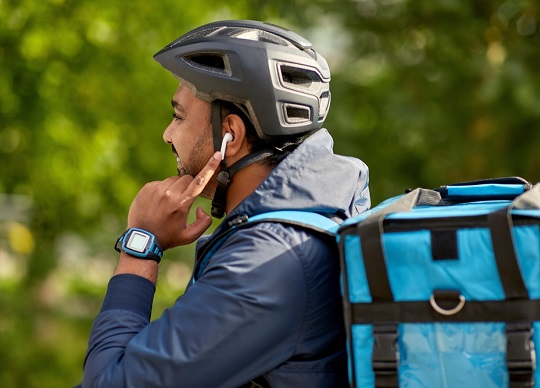 According to the latest Canalys estimates, worldwide smart personal audio shipments fell by 1.7% year on year in Q2 2022, to 98.1 million units.

India, the world’s third largest smart personal audio market, bucked the negative trend and increased shipments by a massive 55.0%. But growth in India was insufficient to offset the overall global decline, with the US down 1% and China down 13%. TWS was the only smart personal audio category to grow, recording 8% growth at 63 million units. India is the key driver behind the TWS growth. Despite the rise in shipments, the global TWS market value fell 2.9%, hinting at the challenging macroeconomic environment hurting vendors’ bottom lines. 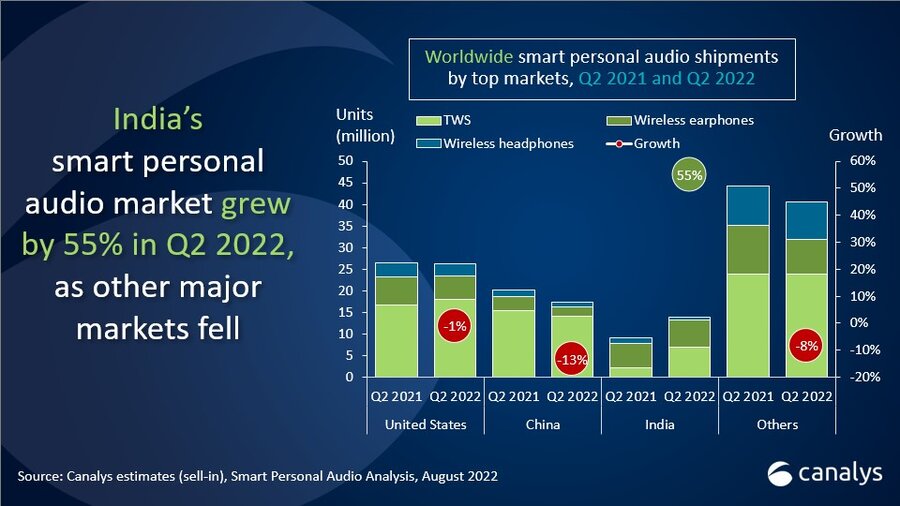 Consumers in India are quickly moving to TWS, leading to growth in the wireless earphones category slowing to 11.1%. TWS shipments in India grew 217.9% to 7.0 million units, an 11% global share, its highest ever. “Without India’s impressive growth, the global TWS market would have gone into a decline,” said Canalys Analyst Ashweej Aithal. “India’s massive appetite for smart personal audio devices is for local and global players to tap into. But vendors must rethink their strategies in this highly competitive market in an increasingly challenging economic environment.” boAt led the TWS market in India with a 47% market share, while Noise and OPPO (including OnePlus) made up the top three, both recording triple-digit growth, at 508% and 583% respectively.

Apple continued to lead the worldwide TWS market. An improved performance by its audio sub-brand Beats by Dre helped it to achieve 13.1% overall shipment growth in Q2, despite the AirPods TWS series slowing to 2% growth with 15.3 million units shipped. “Apple will be relying on its widely anticipated new AirPods Pro model to drive both shipment and revenue growth for its Wearables, Home and Accessories category in the coming quarters,” said Canalys Research Analyst Sherry Jin. “To drive replacements and new buyers, the next-generation AirPods Pro must not only improve on the basics, such as battery life and sound performance, but must also deliver new and practical wow factors, such as unique ecosystem-integrated content consumption and health-tracking features.”

Vendors are already ramping up for the coming festive season, putting in place new devices, especially for the higher-end segment. “Samsung, Xiaomi, OPPO and others are expected to leverage their respective TWS line-ups as an ecosystem play to enhance their respective ecosystem user experiences. This is to improve their prospects at the higher end as the highly commoditized entry-level and value-for-money segments see the greatest impact from an overall weaker economic outlook in 2022,” said Jin.