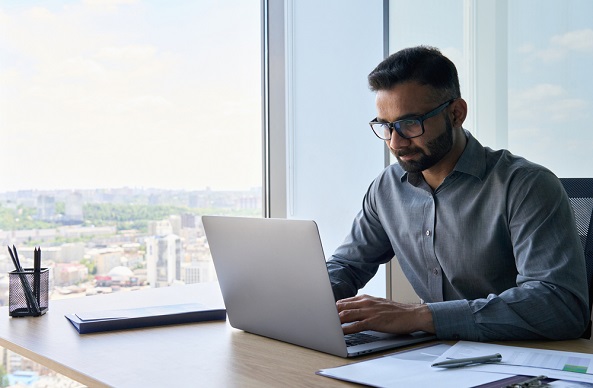 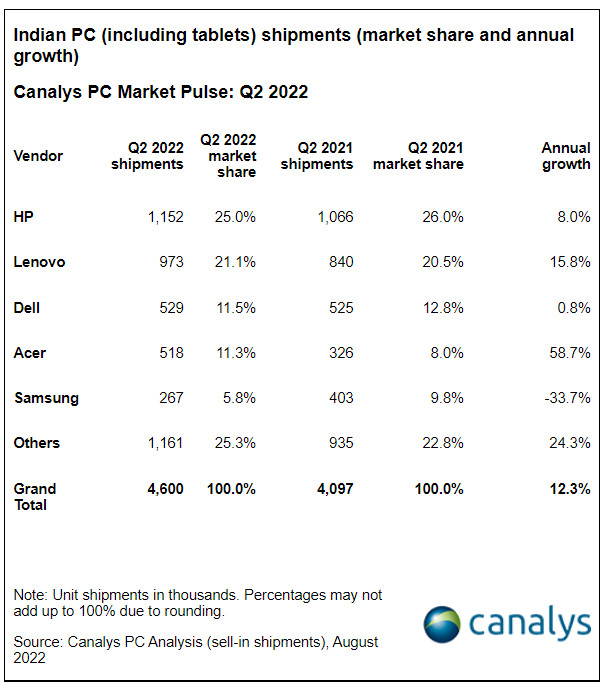 “As schools across India reopened, consumer demand diminished,” said Canalys Analyst Ashweej Aithal. “The consumer market had a sharp dip of 12% in Q2, ending seven consecutive quarters of record expansion. In Q2, the segment accounted for 48% of the Indian PC market, down from 61% in Q2 2021. Reduced demand for tablets and notebooks contributed to the consumer market decline, with shipments of the two categories down 23% and 11% respectively. HP maintained its dominance in this sector with a 23% market share, helped by aggressive retail outlet expansion across the nation. Lenovo took second place with robust growth of 19% year-on-year, primarily due to the performance of its notebook line which carries a significant offline presence.” 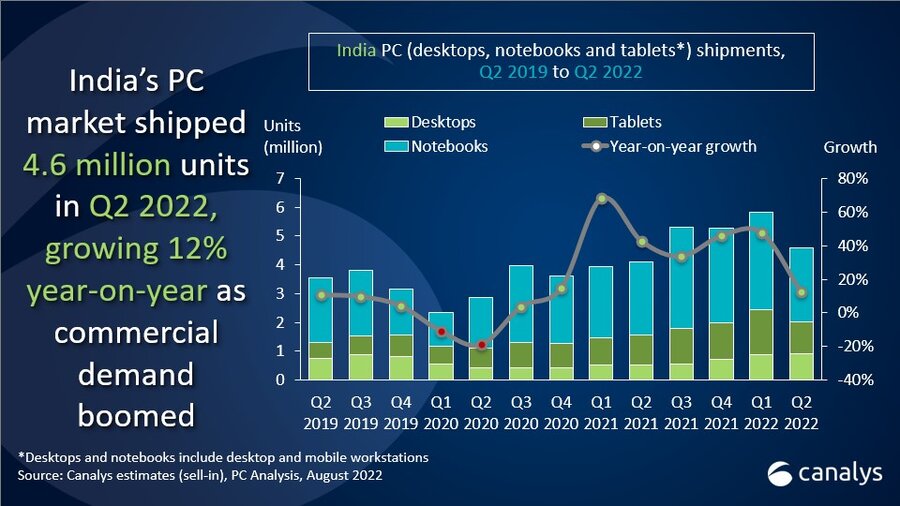 The commercial market, on the other hand, expanded by a whopping 50% year-over-year. This sector now holds 52% of the total India PC market. Although notebooks account for more than half of the commercial market, desktop and tablet shipments to the segment increased by 105% and 109% respectively and were key drivers of overall growth in the latest quarter. “The high commercial market growth is also due to poor performance in the second quarter of 2021 when the pandemic hit hard,” said Aithal. “With a 27% market share, HP led this segment, supported by a well-run local supply chain apparatus. Lenovo held second place with 20% market share, but penetration into the education sector still presents the vendor with a significant challenge.

“Leading PC vendors have prioritized investments in local manufacturing to capture opportunities in commercial business,” continued Aithal. “This is especially the case in government procurement and to be eligible for the “Make in India” PLI (Production Linked Incentives) scheme from the Indian government. HP expanded local notebook manufacturing in the country, which has boosted its presence in public sector procurement orders. Lenovo also aims to have a stronger local supply for tablets and notebooks with its third production lineup to seize the education market. Furthermore, Acer has partnered with Dixon technologies, an eligible player for the PLI scheme, for notebook production.

“Canalys expects the commercial PC market to flourish with procurement in the government segment and the existing demand fulfillment in the enterprise segment. The upcoming festive season and the back-to-college campaigns will also extend some momentum in the consumer segment. However, inflation is still a matter of concern for SMBs and consumers.” said Aithal. “Vendors must monitor the risk of inventory stock up as demand could drop more quickly than anticipated.” 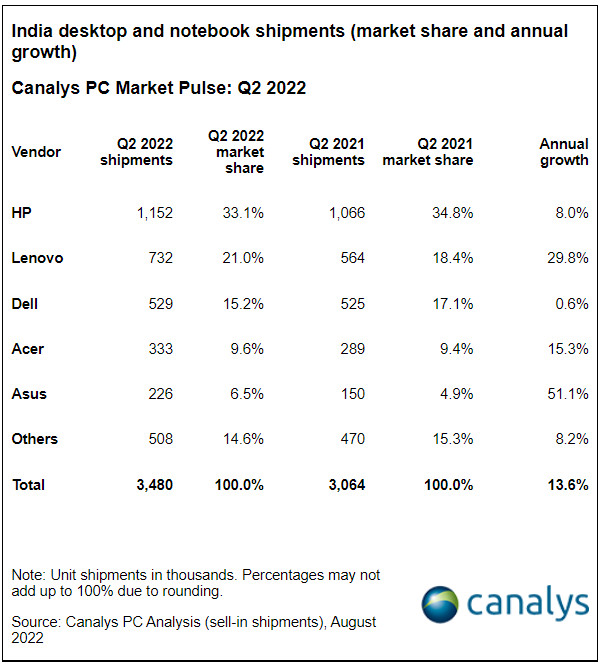 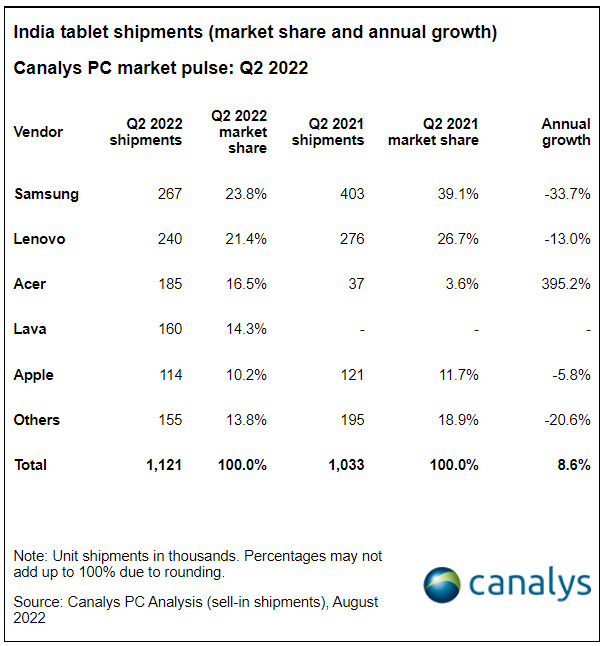