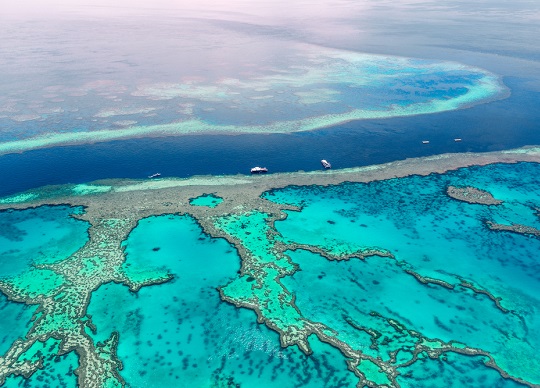 Dell Technologies announced today a new deep learning technology model, launched in partnership with the Citizens of The Great Barrier Reef, which will allow global citizen scientists to more quickly and accurately analyse reconnaissance images collected from the Great Barrier Reef during the next phase of the Great Reef Census (GRC).

“The Great Barrier Reef is the world’s largest coral reef ecosystem, bigger than Italy and visible from space,” said Andy Ridley, CEO and founder of Citizens of the Great Barrier Reef. “Threats, such as bleaching and a dense population of coral-eating crown-of-thorns starfish, among others, have damaged large sections of the Great Barrier Reef’s delicate ecosystem. Understanding reef connectivity is key to be able to direct management and conservation to the reef. Previously, researchers have only been able to monitor around 5-10% of the 3,000 individual reefs, making informed conservation decisions difficult.”

To address the need for greater reef documentation, Citizens of the Great Barrier Reef’s GRC enlisted visitors to capture thousands of reconnaissance images from hundreds of Great Barrier Reef sites. Global volunteers – known as citizen scientists – then categorise the images based on marine structure and reef health. These data allow researchers from The University of Queensland (UQ) and James Cook University (JCU) to advise the GBR Crown-Of-Thorns (COTS) Management Team and Tourism Bodies, who then prioritise immediate reef conservation efforts.

The new Dell deep learning model expedites this process, allowing citizen scientists to support prompt recovery efforts in areas that need it the most and during critical times of the year, such as the annual spawning season.

For the GRC marine operations, Dell developed an edge solution of ruggedised devices paired with a mobile network for carriage on boats, providing real-time image storage and automatic upload upon return to shore. Citizen scientists labelled the images by drawing boundaries around the different segment categories.

Manual analysis of more than 13,000 images was time-consuming for the citizen scientists and introduced inaccuracies. The second GRC resulted in 42,000 images, a significant increase from the prior census. Image analysis of this volume required technology – a deep learning model – that could scale to meet the growing data sets expected in the future. With the deep learning model, visitors – while still on the reef – can take a photo and upload it to the Census portal, which is centrally managed. The deep learning model detects the segments quicker and more precisely than manually drawn boundaries. The citizen scientists now will simply label the coral species using the pre-detected boundaries.

The deep learning analysis takes less than one minute per photo, compared to seven or eight minutes in previous census phases. While it took 1,516 hours to review 13,000 images in the first GRC, the new model can analyse the same data set in less than 200 hours, allowing citizen scientists to focus on the more important task of labelling.

The Dell edge solution and deep learning model are repeatable and scalable. Citizens of the Great Barrier Reef founder Andy Ridley hopes to expand the GRC, powered by the Dell technology solution, to other reef sites globally. The first trial sites outside Australia will be in Indonesia.

Working with the Dell data science team in Singapore, the selected model was continually refined, and extensive community tested, ensuring benchmarking standards were met. Dell experts trained the model with SegNet, a semantic segmentation model with approximately 30 million parameters. It has delivered a robust deep learning model, which will continue to improve as it is trained with more data.

A collaborative approach to conservation

GRC is a true partnership with the Citizens of the Great Barrier Reef team, Dell, researchers from UQ and JCU, Sahaj Software Solutions and citizen scientists contributing their expertise.

Professor Peter Mumby, coral reef ecologist at The University of Queensland, said, “Being designed with both citizens and very high-end technology at its core, the Great Reef Census is providing timely information to decision-makers planning crown-of-thorns starfish control efforts that will help build coral reef recovery.”

Dr Katie Chartrand from James Cook University, said, “The Great Reef Census excels at delivering reconnaissance data at scales hard to achieve in any other program. It complements existing monitoring efforts, by filling critical data gaps and targeting reefs that are outside of current long-term programs. This is critical as we face year-on-year changes at a GBR-wide scale.”

Angela Fox, senior vice president and managing director, Dell Technologies Australia and New Zealand region, said, “Climate change requires us all to act. Dell Technologies sets measurable environmental, social and governance goals, and we partner with organisations with the same passion and immediacy. Through the first Great Reef Census, we developed a technology solution that helped capture invaluable data in real time. Through this next phase of our innovative partnership with the Citizens of the Great Barrier Reef, we have leveraged the power of deep learning to scale the team’s conservation efforts and quickly access quality data to help them in their race to protect one of our most valuable national and global natural treasures.”