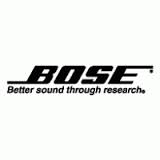 The late Dr. Amar Bose, Founder of acoustics company Bose Corporation, is to be honoured with the prestigious Founders Award at The Asian Awards to take place on 17th April 2015 in London. Now in it’s fifth year, previous honourees of The Asian Awards include the legendary Ravi Shankar, Sir Ben Kingsley, Freddie Mercury and Bruce Lee.

Born in 1929, Dr. Amar Bose was an Indian academic who turned his hand to building one of the most respectable acoustics companies in the world, the Bose Corporation. He received his bachelor’s degree, master’s degree and PhD from MIT, all in electrical engineering. He joined the faculty in 1956 and taught until 2001, fully dedicated to his students and consistently recognised for teaching excellence. In 1964, Dr. Bose founded Bose Corporation. Since its inception, and true to his guiding principles, the company has remained privately held with a focus on long-term research.

His inventions spanned decades and transformed categories. His original analysis for noise cancellation was created in-flight from Zurich to Boston. For the next 19 years he continued the research and development of headsets for commercial pilots and the military. In 2000, after nearly $60 million of funding, the QuietComfort® noise-cancelling headset was first introduced, revolutionising headphones globally and permanently.

It was his commitment to innovation that changed how people listen to music, with other technological breakthroughs in home audio, mobile audio, automotive sound and beyond – each challenging convention and norms.

He was known to say: “I would have been fired a hundred times” at a public company, citing he never went into business to make money. Instead, he would explain: “I went into business so that I could do interesting things that hadn’t been done before.”

On deciding the choice of this year’s Founders Award, The Asian Awards Founder Paul Sagoo said: “We actually intended to honour him two years ago at the 3rd Asian Awards. When we notified him of our intentions he wrote me a beautiful email thanking The Asian Awards, but stating he was not well enough to travel. He sadly passed away five months later.

“We are delighted that Dr. Bose will be honoured this year with the Founders Award. He lived his life with passion and by endowing the majority of his company to MIT, he has cemented a great relationship between Bose Corporation and one of the greatest technology institutes in the world.”

His daughter, Maya Bose will collect the award on her late father’s behalf.

A host of stars, business leaders and politicians will attend The Asian Awards, which celebrates the outstanding achievements of individuals born in or with direct family origin from all of Asia across all disciplines of life. The Asian Awards were an ambitious idea conceived by Paul Sagoo, entrepreneur and founder of the Lemon Group. He says: “Our goal was to celebrate the highest calibre of individuals from the global Asian community across all spheres of activity,” said Sagoo. “This year is no different and we continue to raise the bar of the event each year.”