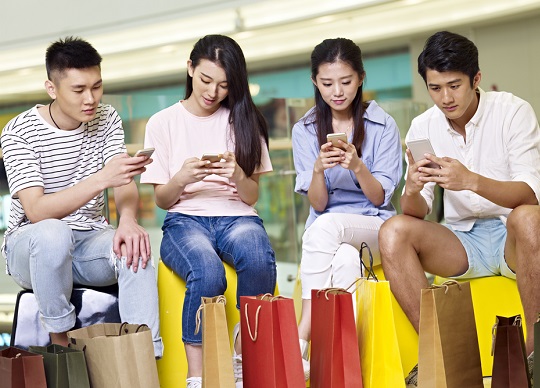 The mainland China smartphone market has finally returned to the Q1 2019 level, one year after the pandemic first hit. Smartphone shipments clocked up 92.4 million units, increasing 27% over Q1 2020, when the market shrunk nearly 20% as a result of the national lockdown and production halt. Huawei lost its crown to Vivo, which recorded 79% year-on-year growth, shipping 21.6 million units. Oppo chased Vivo as a close runner-up, with 20.6 million shipments. Huawei, which has divested Honor, slipped to third place with 14.9 million units shipped in Q1 2021 (Honor took sixth place with nearly five million units). Xiaomi and Apple were number four and five, with 13.5 million units and 12.0 million units, respectively.

“The market has returned to prosperity this quarter,” said Canalys Research Analyst Amber Liu. “Leading vendors are racing to the top of the market, and there was an unusually high number of smartphone launches this quarter compared with Q1 2020 or even Q4 2020. Huawei’s sanctions and Honor’s divestiture have been hallmarks of this new market growth, as consumers and channels become more open to alternative brands,” added Liu. 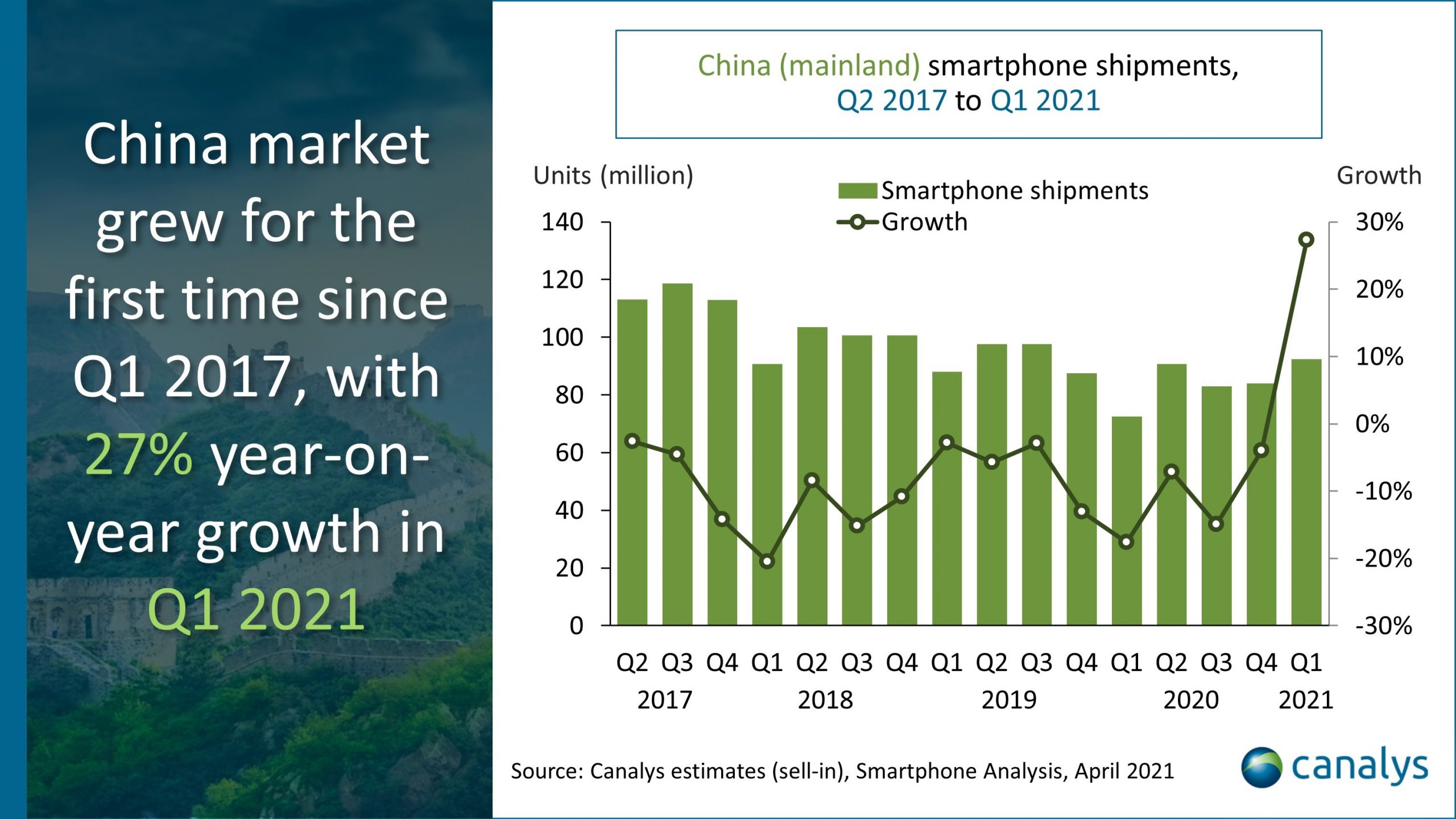 Vivo and Oppo both had a stellar quarter, driven by strong performance in the affordable 5G segment with products priced just below RMB2000 (US$300). “The affordable 5G segment is just low-hanging fruit for Huawei’s competitors in China,” said Nicole Peng, VP of Mobility. “The real battlefield is in the high-end (US$500 and above) segment where Huawei still held a solid position among Android vendors this quarter, with products such as Mate 40 Pro, and Nova 8 Pro. But we cannot overlook how fast Oppo, Vivo and Xiaomi are catching up in this lucrative segment with their competitive flagship portfolios. Succeeding in the high-end segment not only bolsters Oppo, Vivo and Xiaomi’s brand profile with high-end consumers, but it also drives higher service revenues, which are becoming a critical income stream for these companies.” 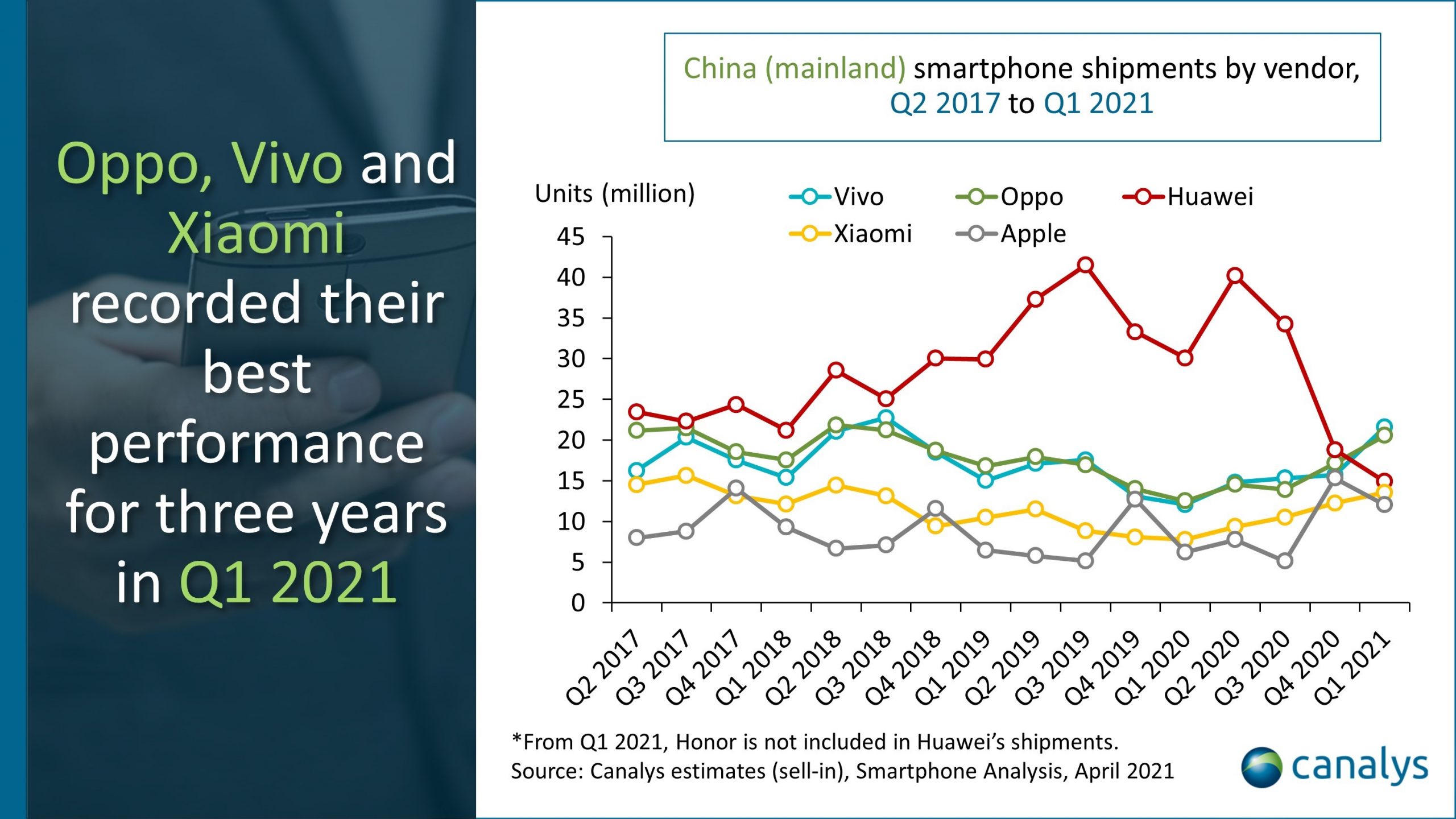 “The rapidly growing number of 5G subscribers is another key factor driving device replacement, which exceeded 350 million by the end of Q1,” added Amber Liu. “Operators are more determined than ever to migrate 4G subscribers to 5G. Many provincial operators are only offering 5G tariffs when consumers start a new contract or attempt to renew an existing 4G contract. We expect 5G smartphones will become the de facto choice for the majority of Chinese consumers when they replace a device from this year.”

“China’s smartphone market kicked off 2021 with strength, and the momentum is expected to continue as 5G penetration accelerates in the country. It will be increasingly challenging for Chinese vendors to dynamically adjust their supply between their home and overseas markets, as global markets are also looking to reopen in the coming quarters.”